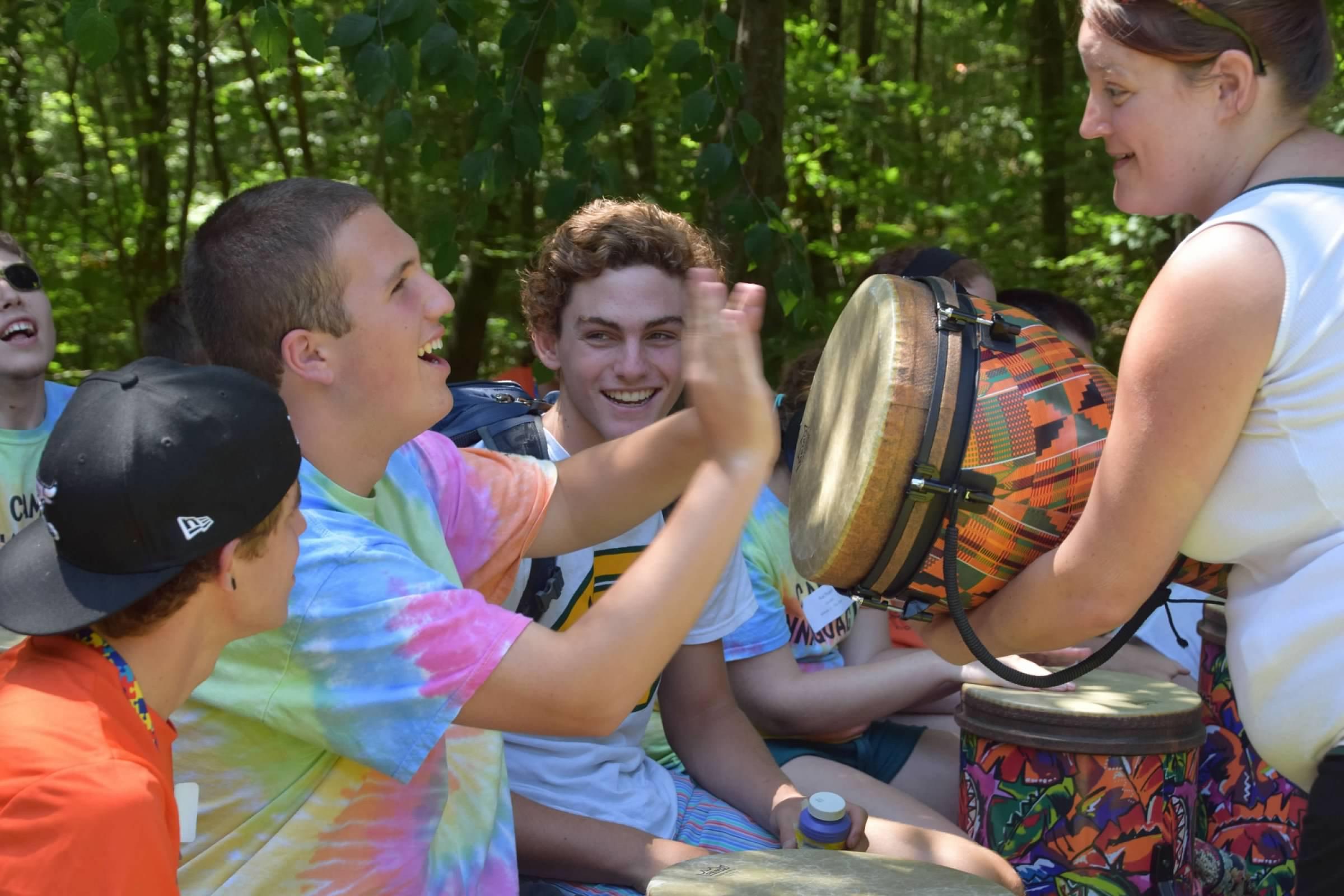 Welcome to our blog!
Our mission is to provide autistic individuals with a space to moderate discussions, share, and write about the autistic community.

I know about how one man's “trash” is another man's “treasure”. On that same token, one man's “gift” is another man’s curse. To start, social skills groups themselves are not bad. What is bad is that the skills are taught one way.

Many social groups tend to prioritize neurotypical communication vs. two-way communication. There are some people with autism spectrum disorder (ASD) who don’t like any sort of what they consider autism training, including social groups.

Social groups however can be good. They provide us with connections to other autistics, and teach us neurotypical language. The issue is there are no social groups for neurotypical people to learn ours. Also, many social skills focus on set defined skills rather than adapting how we socialize to be respectful in multiple social settings.

This article isn’t saying current social skills groups are abusive. This article is simply an observation on where our social groups and supports for autism can be more supportive or more tailored to autistic clientele.

The main takeaway of what you are about to read is that our groups should seek to prioritize multicultural social skills, helping autistic people connect with peers regardless of if they are disabled or not, and tailor our approach to the person's needs. (Needs being from the individual's stated needs or non-speaking signals.)

According to Collins Dictionary Social Skills are defined as: The skills that are necessary to communicate and interact with others. Autism is defined as a condition in which a person has trouble with social / behavioral / communication skills.

The Definition for Autism Above is Wrong

For the reason that what is socially, communicationally, and behaviorally appropriate varies from culture to culture.

With disability: In sensory processing, clicking our tongues can feel good. It feels natural. It makes us aware of the feeling in our mouths and helps ground us to the present moment. Some people mistake this with boredom. However, it’s more of a sensory habit to ground ourselves.

Another example: Is hand shaking.

In Eurocentric cultures: People are taught to shake hands at sports events or job interviews. (Also, another weirdly Eurocentric thing is the lack of checking in before handshakes, hugs, or touch of any kind. Consent is any kind of contact even hugs or handshakes.)

General handshake rules prefer if looking to shake hands a woman should offer her hand first. (If it is acceptable for the culture.) If women do not participate in handshakes just wait for the person opposite to offer a hand first. Also, the United States is a rare place that values hard handshakes vs. soft handshakes but most places prefer soft handshakes.

In Orthodox, Muslim and Jewish Cultures: Handshakes can be really invasive and intrusive, as well as, can be considered extremely disrespectful to shake hands with somebody of the opposite gender as it can be considered immodest. In cultures who choose not to, choosing not to do a handshake is kind. Not handshaking a member of the opposite gender is recognizing the honor of the person across from you. Eurocentric Feminism often disrespects women who feel empowered by headscarves and avoiding handshakes.

Eurocentricity pushes for elimination of patriarchy/male control. Eurocentric Feminism does not consider what if one chooses this for themselves and is happy with it? Feminism should be individual. Headscarves shouldn’t be shamed.

In specific Middle Eastern Countries, it is also considered an insult to pull your hand away quickly. In Germany it is considered rude to have a hand in your pocket whilst shaking hands.

In Asian Cultures a lot of handshake customs have to do with respecting social rank. Some Asian countries also only allow handshakes between people of the same gender. Handshakes also vary by social rank in some Asian cultures.

The point of discussing handshake etiquette and linguistic clicks built into languages is that the social skills we are teaching are just training children into Eurocentric social standards. This continues the cycle of Racism/Colonialism in medicine.

Autistic people have social unconscious biases from media and society, but this is compounded with unconscious bias from European social standard enforcement. People have asked if autistics are “less” racist or prejudiced. When I was younger and more ignorant, I would respond that I thought so due to my white privilege. The truth of the matter is autistic social society isn’t “less” racist or prejudiced. It’s that most of it is either excused away or avoided with ideas that autistic people can’t understand social prejudice. Thus, why upset them?

However, that mentality towards autism/disability is why there is EXTREME diagnosis barriers for Black Latina/Latinx and Indigenous autistics. As well as barriers for Female, Non-binary, and Trans autistics.

Non-binary and Trans folks need to be considered more in terms of ASD support.

Formal diagnosis isn’t a right fit for everyone. Our current social skills are teaching kids into conformity to European values which is exclusive, and dangerous especially when you consider colonialism. If we teach children against natural autistic social values and/or cultural values and place societal conformity over comfort and identity, we erase people. Most autistic folks don’t even realize when they start to conform or mask. Nor do teachers ever see students break down at home from removing the mask.

So, What We Do About It?

What is a Social Shift?

Basically, it’s saying the burden of learning one’s social ways shouldn’t only be pressured for one culture and not another. Learning about each other to value and respect each other is the future.

Why are Social Skills inefficient at this?

One Social Skill Spaces as they are Eurocentric create unwelcoming environments to BIPOC, LGBTQ+, and folks who are non-speaking.

What does Social Shift Recognition Entail?

Flapping: A stim to regulate energy. Under Social Skills is considered “inappropriate behavior”.

Flapping would have been on the unexpected list. As would talking at the same time as the teacher or dominating a conversation. The unexpected list is an example of social skills education in terms of reinforcing cultural conformity/colonialism in social skills vs. learning together about why flapping/echolalia and special interests are natural and often have biological and medical reasons for happening.

We speak so much of autism as something to “fix”/ “cure.” The issue with this is that autism is a disability. Autistic brains are physically shaped differently. We often have larger brains, a larger or smaller amygdala, we perceive more sound medically but also feel it physically often according to recent research.

There are significant considerations for why autistic social culture is valid, as well as why autism cannot and should not be cured. “Curing” and “pathologizing” autism is dangerous and invasive to the individual. The best approach is to meet students where they are and to listen to autistic students about their needs and cultural considerations to adhere to. Then we aim to support autistic individuals by being an ally in normalizing the things they do for their safety and health others don’t understand.

When an autism person interrupts or speaks out of turn correcting, punishing, and, detailing lessons for natural cultural behavior is bad for everyone in the room. The other kids learn the disabled kid is “bad”, you lose class time, and the autistic person feels ostracized which often results in us being more impulsive or nervous and interrupting more as a result even if we don’t necessarily want to.

So instead listen to what the autistic person is saying. If it’s on topic of your lesson you may find your lesson benefits, or it makes a good transition to the next material. If it’s off topic, it may be the person sees a connection to what is off topic to the topic. So, try asking the person to connect the point or follow the thought. If it is off topic, just set aside infodump time with the student where they can speak to you as a teacher about their interests. This will help them build trust with you as an educator and you will see an improvement in their work if they are not so worried about judgement.

This doesn’t mean don’t correct ever. It means correct mindfully, obviously if an autism person says something prejudiced or hurtful, they should be held accountable. Then a conversation should be had about why what was said what social biases need to be unlearned. There of course needs to be repercussions prejudice and bias is never ok, disabled or not. If they don’t understand, explain to the student why it’s offensive clearly, perhaps using historic examples. In a private place as not to retrigger the person who was harmed by what was said.

Social shift recognition recognizes the culture of autistic people as a culture as well as a disability. It aims for acceptance and respecting cultural social skill differences. As well as, to accommodate not only a person's needs due to disability, but also accommodating to respect culture as well.

The goal of social shift recognitions is acceptance.

The tenets of social shift recognition are:

There’s a lot to rethink in terms of supporting autistic people. I don’t speak for All autistics. I have white privilege and I have many other privileges as well. So read from autistic people who are LGBTQ and BIPOC as well, center and prioritize their voices in this conversation. Prioritize non speakers and communities facing compounded oppression.

I’m still learning how to listen and be a better ally to autistic folks in multiple communities. Thus, I am not the be all and end all and it is important to consider this is only my perspective. All people can improve on how we respect each other as well as ourselves.

Thank you for reading hopefully this inspires you to investigate other autistic leaders. 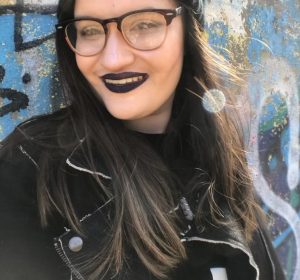 Tracy Lee Allard is an Autistic Woman who went through TAP groups as a child and as an adult has the privilege of educating the community on Autistic and Disability Rights. Some topics of interest for her are social justice within the disability community, with the overall goal of celebrating Autistic identity and existence and getting to a place in society where autistic traits are accepted and not shunned.